Question: Who do you want to see in the WWE World Heavyweight title picture?

Did you see the nonsensically Christmas-themed Smackdown last night?

Did you enjoy that main event between Daniel Bryan and Mark Henry, in the world’s shoddiest steel cage? (Honestly, I’m fairly sure Bryan could have got out through the gaps around the turnbuckles.)

Well, tough! Because our next title match will be in three weeks’ time! At our next pay-per-view, TLC! And it’ll be between Henry and the Big Show. Again. As it was at Survivor Series; and at Vengeance.

Which leads me to ask: END_OF_DOCUMENT_TOKEN_TO_BE_REPLACED

There are many, many solid objections to be levelled at Impact Wrestling’s egregiously offensive “Thong Thunder” lingerie match from last week.

There’s the fact that the Knockouts division chain of command seems to be just as convoluted and nonsensical as WWE Raw’s – Karen Jarrett reigns supreme, and holds power of hiring and firing, even though Sting and Dixie are nominally in charge; that’s why the women all stood around looking disgruntled but didn’t bother taking their grievance to a higher management level. 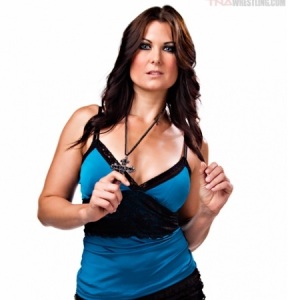 “I’d like to play Hedda Gabler,” she says. “And Maggie the Cat, in Cat on a Hot Tin Roof.”

But then, Katarina Waters is no ordinary wrestler. END_OF_DOCUMENT_TOKEN_TO_BE_REPLACED

I’ve said it before, and I’ll say it again – if William Regal rates you, then you know you’ve got talent.

So watch out for the UK’s very own Lionheart, then – a regular on the indy circuit, he came to international attention when he faced Jeff Jarrett during TNA’s last tour over here, and last month he made his WWE debut against Justin Gabriel on the Smackdown tour.

“The match itself came about fairly last minute, to be honest,” he explains. “I was selected to go to Liverpool as part of a group European talent for a try-out. I was put forward by one or two different people and I myself had of course made an application some time ago.

“Long story short: during the day the try-out consisted of both ring work and backstage promo work. William Regal, who was in charge of the try-outs, was impressed enough with what he saw to request I be put in a dark match to allow me the chance to give them a proper look at my work. END_OF_DOCUMENT_TOKEN_TO_BE_REPLACED

Fact: TNA Xplosion is finally getting a push – hooray!

I am too excited at this news – finally, TNA are making their (potentially hugely brilliant) Xplosion show count for something. They’re launching an eight-man Maximum Impact tournament, starting tonight, and the eventual winner will get a World Heavyweight Title shot during the Impact tour of the UK this January.

The last man left standing after the weeks of competition (aired on Challenge TV at 10pm every Wednesday) will have the chance to challenge for the belt – currently held by newly-heelified Bobby Roode – at either TNA’s MAXIMUM IMPACT 2012 live event in Nottingham (January 26), Manchester (January 27) or London (January 28).

So – who’s up for the challenge? Well, official friend of TOWIS Magnus, for starters; the epicly bearded Eric Young, former Television Champion; Kazarian, he of the lovely hair; and Christopher Daniels, complete with eyeliner. The other four names will be announced shortly. END_OF_DOCUMENT_TOKEN_TO_BE_REPLACED 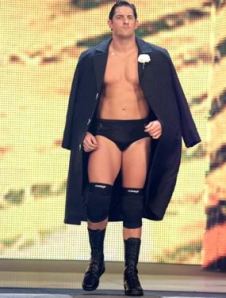 The highlight of this week’s Raw for me was the realisation that yes, Wade Barrett is finally getting the push to main-eventer that he deserves.

Every Friday night for the past few months, Twitter has exploded when Barrett has walked out to the Smackdown ring.

He’s my favourite kind of heel – the smug, superior Englishman who has the skills and charisma to back up his boasts. The consensus among fans is that the Corre dragged on for too long – much as the script tried to argue that the quartet were equal, everyone knows it was a vehicle for Barrett, but it started to hold him back. Now as a singles wrestler, he is apparently getting a fair opportunity at his well-deserved time in the spotlight. END_OF_DOCUMENT_TOKEN_TO_BE_REPLACED

I was embarrassed watching Monday Night Raw, because the crowd so patently didn’t care about anything Kevin Nash was saying, and didn’t care that he was there or not.

I’m not sure why WWE are persisting with this – it’s not like they always plough on with storylines that aren’t working or they don’t know how to resolve (see also: Raw GM, Anonymous).

Nash’s ranting about the olden days and then bragging about his attack on Triple H (which he’s now claiming resulted in a broken neck) is neither entertaining nor relevant considering his adversary is off screen and will be for some weeks yet.

And as for his claim that he and Triple H should have main-evented Survivor Series, it reeks of an ageing man trying to reclaim his youth, entirely unaware that we all know perfectly well that he isn’t cleared to wrestle. (Click.)

What do you think? Are you interested in this Nash/Triple H feud?