Question: Should Challenge TV be showing Zema Ion v Jesse Sorensen in their UK Against All Odds broadcast? 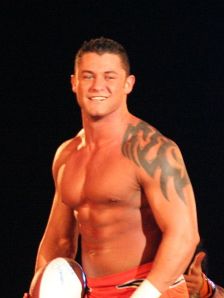 I just put the TV on to Challenge TV to watch the Impact Against All Odds pay-per-view.

And then I turned it off again.

You see, I knew that Zema Ion v Jesse Sorensen was the first match on the card for a number one contender’s slot in the X-Division.

But I also know how that match finishes. And so does every other wrestling fan in the UK.

Do we really need to see it? I don’t think so. It’s at the start of the show. It lifts right out (as Rachel said to Phoebe about their Friends-hip group).

Of course, I could be being harsh on the broadcaster here – it’s possible that they’re not going to show the end of the match. [Edit: I’m told that they didn’t actually show the spot itself, although they did apparently show the aftermath.] But then I’m not going to know, because there is no way I am even going to risk the chance that I am going to watch a man break his neck on my television.

What do you think?

This entry was posted on Wednesday, February 15th, 2012 at 10:12 pm and is filed under question. You can follow any responses to this entry through the RSS 2.0 feed. You can leave a response, or trackback from your own site.

4 Responses to Question: Should Challenge TV be showing Zema Ion v Jesse Sorensen in their UK Against All Odds broadcast?