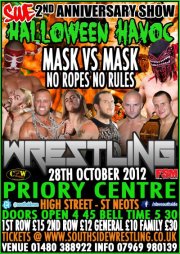 Southside’s promoter Ben Auld has just revealed to me that his day job is in banking. Is he one of those tabloid demons who command huge bonuses at the nation’s expense?

“Definitely, definitely not. Although,” he adds, thoughtfully, “if I were, I’d probably spend it all on promoting and put on more really, really good shows.”

Auld’s a wrestling fan – as are most promoters who go into the business – but he treats his shows with admirable common sense while at the same time not stinting on spending.

“There’s probably four people in the country who spend as much on their shows as I do,” he admits. END_OF_DOCUMENT_TOKEN_TO_BE_REPLACED

Question: has WWE been too harsh on Kelly Kelly? 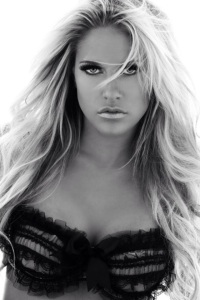 Hands up, I’m not a great fan of Kelly Kelly (the character, I’m sure she’s a perfectly sweet woman, and I’ll maintain that Randy Orton is an utter tosser for saying what he did about her).

When I heard that she’d been released from her WWE contract, I wasn’t that bothered, until I realised that in the past year or so, the Divas Division have lost Kharma, Maxine, Sofia Cortez, Raquel Diaz, the Bellas, Melina, Gail Kim, Michelle McCool, and are apparently about to lose Beth Phoenix too.

Reports are suggesting that WWE weren’t happy with K2 posing for “risque lingerie shots” for her own personal calendar (merchandise she’s apparently contractually obliged to produce and sell). END_OF_DOCUMENT_TOKEN_TO_BE_REPLACED