Fact: Randy Orton winning the Royal Rumble is annoying – but maybe not for the reasons you think

The bookies were right. Randy Orton won the 30th annual Royal Rumble to secure his place at WrestleMania.

Except…Randy Orton was always going to be at WrestleMania. He’s Randy Orton. The Viper. The Legend-Killer. The Evolution of the Legacy. His place on the big stage is assured.

But he’s a safe choice – and when it came down to the final two, with Roman Reigns the other man still standing, an Orton win was the only way to assure cheers rather than boos as the show went off the air.

Something else that would have assured cheers would have been a more exciting, more interesting choice for the winner – somebody who’s not already guaranteed a shot at the year’s biggest show. END_OF_DOCUMENT_TOKEN_TO_BE_REPLACED

Well, if I type quickly, I might get this published before the show airs…spoilers, if so…

END_OF_DOCUMENT_TOKEN_TO_BE_REPLACED

Question: who should Evolution’s fourth member be? 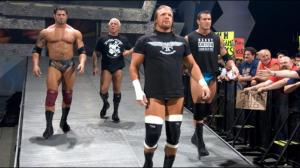 So Evolution have returned, ten years on from their original incarnation.

Of course, the original idea was that the quartet embodied the best of the past, present and future of professional wrestling – but a decade later, they’ve all stepped up a generation. If Triple H is Ric Flair, Batista is Triple H, and Randy Orton is Batista, then who’s going to be Randy Orton – the new blood who can blaze a trail in the industry?

The answer is obvious.

END_OF_DOCUMENT_TOKEN_TO_BE_REPLACED

Question: what did WWE expect to happen at the Royal Rumble?

@tholzerman the same thing will happen. I don't know how I feel. Am so confuse.

I hate to quote myself, but I was right, wasn’t I?

Thing is, if I could predict this, why couldn’t the WWE? END_OF_DOCUMENT_TOKEN_TO_BE_REPLACED

Question: who will be our champion by the end of TLC? 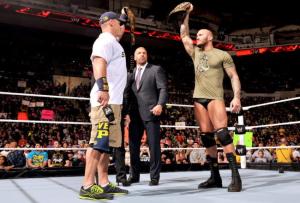 Tonight is WWE’s last pay-per-view of 2013, and John Cena and Randy Orton are supposed to be facing each other in a unification match.

Yet, as we all know, WWE is rarely that simple.

So, who will be heading out of TLC with the belt(s)? 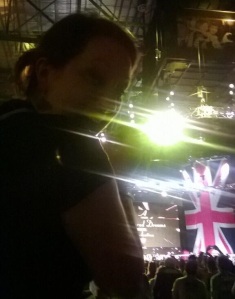 You may well have seen the show by now, but just in case – spoilers within! Here are my notes from being live at ringside at Monday Night RAW… END_OF_DOCUMENT_TOKEN_TO_BE_REPLACED 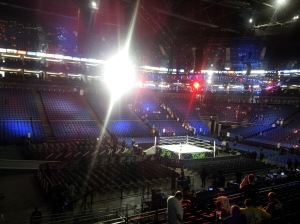 Tonight I headed back down the Jubilee line to the O2 Arena, courtesy of the WWE’s very nice PR firm, and took my complimentary seat to witness what looks like it’ll be a pretty good Smackdown. (They also taped Saturday Morning Slam and Main Event, but we in the UK will never get to see them, so it doesn’t really count.) Again, spoilers… END_OF_DOCUMENT_TOKEN_TO_BE_REPLACED

Facts about Wrestlemania 29: Everyone believes in The Shield

I wasn’t going to stay up to watch Wrestlemania (and indeed I went to sleep long before the end), but I was delighted to see that the first match (not counting the sadly predictable and depressing pre-show) was Sheamus, Big Show and Randy Orton v The Shield.

Call me a smark (most people do), but I’m loving seeing these boys progress to the WWE’s showcase events. END_OF_DOCUMENT_TOKEN_TO_BE_REPLACED

Fact: WWE’s wellness policy does not really deal that much with wellness 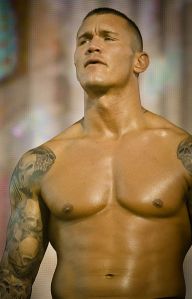 Word on the street is that when Randy Orton got suspended for his second wellness violation, two other superstars tested positive as well.

Whether there are more suspensions to be announced, I don’t know, but I’m fascinated by the part of the story that says one of the wrestlers produced a valid prescription for the medication he was taking.

One has to ask – if the WWE has a wellness policy that is concerned with its talent’s health, why do they not know when they’re on strong, potentially performance or behaviour-altering medication? END_OF_DOCUMENT_TOKEN_TO_BE_REPLACED 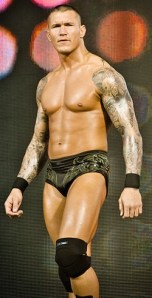 I saw an article today that I really, really hope is true.

It claimed that Vince McMahon is angry with Randy Orton for his “outspoken indifference” to his second suspension for a wellness violation.

Apparently Orton was suspended as soon as possible after the results came through, so that he’d be back in time for SummerSlam, but “something happened” shortly afterwards, and now Vince isn’t all that fussed about him returning any time soon at all.

Not a good year for the varnished-teak marionette puppet, after losing his role in the Marine sequel to the Miz, who has no history of dishonourable military discharges.

But maybe a good year for we the viewers.